SEPANG, 17 JANUARY 2013 – AirAsia X, a leading long-haul, low fare airline and affiliate of the AirAsia Group, announced today a new route to Jeddah from its Kuala Lumpur hub. The flights from Kuala Lumpur to Jeddah will commence services from 16th February 2013, offering guests the opportunity to discover the major urban centre of western Saudi Arabia and its historical surroundings.

AirAsia X plans to begin flights to King Abdul Aziz International Airport, Jeddah from Kuala Lumpur with 3 flights weekly from 16 February to 30 April, 2013 and increase its flight frequency to 4 flights weekly from 1 May 2013 onwards, but may adjust the frequency based on seasonality.
In conjunction with the Open for Sale announcement, AirAsia X is offering promotional fares from as low as MYR399*(SAR499*) on Economy, and from as low as MYR1599* (SAR1999) on our Premium Flatbed from Kuala Lumpur to Jeddah one way.  Bookings are available online from 18th January 2013 until 20th January 2013, for the travel period from 16th February 2013 to 9 February, 2014. For more details, log on to www.airasia.com. Alternatively, guests may also contact our helpdesk at +603 2787 0101 (Monday- Friday; 9am-6pm GMT+8) or email us at aax_groupdesk@airasia.com.
Azran Osman-Rani, CEO of AirAsia X said, “AirAsia X is delighted to announce the launch of Jeddah, which is the fourteenth destination in our network. With Jeddah being the gateway to holy cities of Madinah and Makkah, we are delighted that our services will provide more affordable travel for our Muslim guests in Malaysia and throughout the region to perform the holy pilgrimage of Hajj and Umrah.”
“Similarly, guests from Saudi Arabia will have the opportunity to travel across our extensive network in South East Asia and beyond. We believe that AirAsia’s wide network and favourable fare structures make cultural, heritage, recreational and shopping destinations across Malaysia, Singapore, Indonesia, Thailand, Australia and other countries in the Asia Pacific Region more accessible to guests and thus will create new travel demand from Saudi Arabia.”
AirAsia X Fly-thru destinations on offer concurrent with the promotional campaign include destinations from Jeddah to Australia (Melbourne) from as low as SAR1,238*, Indonesia (Jakarta, Medan, Surabaya, Bali) from as low as SAR712* and Singapore from as low as SAR620*. The Fly-thru service allows passengers to purchase two flight sectors and seamlessly transit via Kuala Lumpur for their next destination.
AirAsia X was the first long-haul, low fare carrier to introduce Flatbed seats, which have standard business class specifications of 20” width, 60” pitch and stretch out to 77” in full recline position.
The Premium flatbeds feature universal power sockets, adjustable headrests and built-in personal utilities such as tray table, drink holder, reading light and privacy screen. Premium seat guests also enjoy premium complimentary products and services including Pick A Seat, Priority Check-in, Priority Boarding, Priority Baggage, 25kg Baggage Allowance, Complimentary Meal and Pillow & Duvet.
Jointly with AirAsia, AirAsia X was named World’s Best Low Cost Airline in the annual World Airline Survey by Skytrax for four consecutive years in 2009, 2010, 2011 and 2012. On top of that, AirAsia X was also awarded the Airbus Top Operational Excellence Award 2010-2011, for being the world's best Airbus A330-300 operator (small fleet category) excelling in operations, maintenance and safety systems.


*Promo Fares include airport taxes and fees.
Flights and fares are subject to availability and are for one way travel only.
Promo Fares are limited and not available on all flights/days or at peak periods.

About the AirAsia Group

AirAsia, the leading and largest low-cost carrier in Asia, services the most extensive network with 85 destinations. Within 11 years of operations, AirAsia has carried over 180 million guests and grown its fleet from just two aircraft to approximately 117. The airline today is proud to be a truly ASEAN (Association of Southeast Asian Nations) airline with established operations based in Malaysia, Indonesia, Thailand, Japan and the Philippines servicing a network stretching across all ASEAN countries, China, India, Sri Lanka and Australia. AirAsia was named the World’s Best Low Cost Airline in the annual World Airline Survey by Skytrax for four consecutive years in 2009, 2010, 2011, 2012.

AirAsia X is the low-cost, long-haul affiliate carrier of the AirAsia Group that currently flies to destinations in China, Australia, Taiwan¸ Korea, Japan and Nepal. The airline currently flies to 14 destinations across 7 countries and operates a fleet of 9 Airbus A330-300s, each with a seat configuration of 12 Premium Flatbeds and 365 Economy seats. The airline has carried over 7 million guests since it commenced long-haul in 2007. Our vision is to further solidify our position as the global leader in low-cost, long-haul aviation and create the first global multi-hub low-cost carrier network along with other carriers of the AirAsia Group. 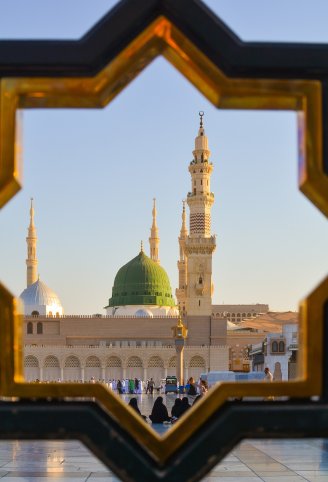 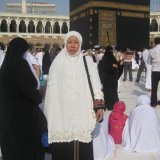